With our British obsession for talking about the weather (even though some of us are not even English!) now almost being usurped by a new obsession with talking about all-things-Trump, we are taking a distinct and positive stance to look for more joyful and less controversial distractions and altogether better ways to spend our time. With success!

Success number one:  Right now we are basking in the warmth of all our fellow music-lovers and music-makers at Gainsborough. The TV and radio reports are insisting it is going to be the coldest iciest week in the whole of the history of Britain, or something like that… you see, even the media is obsessed with the weather! However, let us assure you that if you come and listen to Buffalo Gals tomorrow afternoon and then Buffalo Gals Stampede tomorrow evening it is likely to be one of the hottest places in the whole of the country, in every sense of the word. So yah, boo, sucks to you mainstream media misery peddlers.  Come up and say ‘hi’, or just join in if you feel like it, we guarantee you will be warm as toast once you start dancing.

Success number two: May we take a moment here to let you know about the wonderful, sunny (whoops, there’s the weather again) Old Blues Week that our band leader Kate Lissauer has been planning.

Following the success of the Old-Time Music weeks, the good folks at La Fuente are embarking on a new venture, the La Fuente Old Blues Week where Kate and the Gals invite you to join our first Old Time Blues Week; a holiday of a lifetime!

An amazing week, with great food, great company, and the lovely Andalusian countryside and our host teachers. 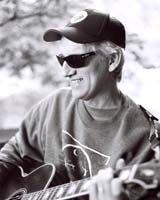 Ernie Hawkins is legendary as a master blues and ragtime guitarist and singer. A protégé of Rev. Gary Davis at the start of his career, he has also played with blues greats such as Son House, Mance Lipscomb, Fred McDowell, Jim Brewer, and Maria Muldaur. He is an expert interpreter and teacher of the styles of many of America’s blues heroes and has produced numerous instructional videos and DVDs, for Stefan Grossman and for Homespun Tapes. Having been nominated for two Independent Music Awards, he recently won in the category of Best Cover Song.  This is a rare and wonderful opportunity to learn with Ernie, as he rarely tours these days.
“Ernie Hawkins is an important link in the unbroken chain of blues and gospel artists. His guitaristry and love of the style is incomparable. From the Rev. Gary Davis into the future with his own style Ernie is one of the special ones!” Jorma Kaukonen 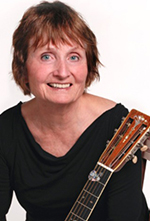 Alice Gerrard, arguably the most influential and important supporter and perpetuator of singing within the American folk music revival, is a favourite master teacher at La Fuente’s Old-Time Music week.  A singer, multi-instrumentalist and songwriter, Alice has been a key figure in the American traditional music world since the 1960s, and has recently been nominated for a Grammy Award.  She draws from a vast repertoire which includes country blues, blues ballads and honky-tonk. She shares her vast talent for interpretation and singing style, and her gift for getting the best out of each individual.
“Alice has a haunting and distinctive voice and she can do anything— holler, shout, belt it out, swing a little, croon a little, and then flat-out break your heart.”
Lee Smith 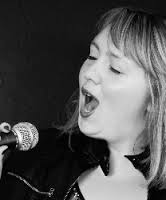 Katie Bradley is an award-winning blues singer, songwriter and harmonica player who graces the London blues scene and was named ‘Songwriter of the Year’ at last year’s British Blues Awards. Katie has been collecting rave reviews for her playing and singing since 2012.
“Katie Bradley has become a must-see artist on the British Blues Scene”
Steve Yourglivch – Blues Matters

Also joining the teaching team will be Stu Weetman, a versatile multi-instrumentalist and singer from Reading area, and Joe Evans, guitarist, harmonica player, singer and songwriter, resident in the nearby Andalucian hills.  Both are experienced performers and very friendly, knowledgeable and accessible teachers.

Classes will be offered in guitar, harmonica, 5 string banjo blues, ukulele, and singing, all at either beginner or improver level. In addition, our guest teacher may offer classes on their favourite topics. In fact, you can request tuition in any topic related to traditional blues, and we will do our best to accommodate you.

There will, as always, be ample opportunity for socialising and session-ing.   A Blues Week “Jug Band” looks likely!

Dates for the week will be September 23rd to September 30th, 2017, and the cost will be £750, not including travel, but including everything else you will require–shared en-suite accommodation at the lovely Casona Granado hotel in the beautiful village of El Pilar, all meals, tuition, use of all facilities, and transfers between the hotel and the nearby villa where classes will take place.

A £100 deposit (non-returnable) will secure your place on the week.

Visit www.lafuenteholidays.com for more information and pictures, and there you can download an enrolment form .

“For those of you who haven’t had the ‘La Fuente Experience’ “, says Stu Weetman, “you are in for a treat.  I attended my first Old-Time music week there a while back, and haven’t missed one since.  The 2017 Old Time Music week will be my 4th, and the Blues week will be as much of a blast, if not more!”